Bitcoin, a financial/economic miracle or a false? 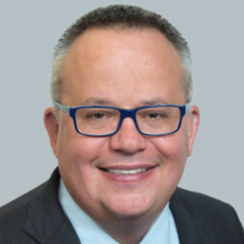 What is the difference between crypto currencies and traditional money?

Crypto currency is called internet money. What it really is, well, they are tokens to be used on a suite of technologies called the Blockchain. The Blockchain is a distributed autonomous ledger that is an uneditable record of transactions. Bitcoin is a Crypto Currency that is sourced and validated on the Bitcoin Blockchain. Another example of a Blockchain is Ethereum, which are Smart Contracts. It’s Currency is Ether. There are over 2000 tokens in circulation globally today. The Euro and US dollar are traditional currencies that are widely adopted by wide economies. They can be used or translated anywhere. They can buy all sorts of goods and services. Cryptocurrencies have no intrinsic value themselves; their value is based on the project and Blockchain they are used on.

What is the value of the block chain?

Current market cap of Bitcoin is $100 billion. Other Blockchain have much less market cap. Each project or company using the Blockchain has a value and based on the value of the company, the token’s value increases or decreases accordingly.

There are two main sources of value for Bitcoin. First there are only a small limited number of Bitcoin that will ever be available: 25 million tokens. As more and more get mined, the low supply causes greater demand and the price increases. Second, more importantly, is the utility provided by the Blockchain itself. Bitcoin is an open sourced Blockchain. Tokens are mined by computers conducting intense mathematical calculations, but the Blockchain itself is very simple. It was designed to be simple so that other open sourced projects could leverage its simplicity. The more and more open sourced projects created and leveraging the Bitcoin Blockchain, the more valuable it is… Read More

Jamil Hasan is a global blockchain advisory, business connector, speaker/trainer, bitcoin enthusias, database magician, efficiency guru, ICO advisory. I am a Fixer. Do you have an ugly problem, a project that’s way past due or over budget? Or a project that no one wants to take on because they think it’s career suicide or will make them look bad? Call me.
For the last dozen years, I’ve specialized in overcoming major barriers. No matter how unglamorous or arduous the job, I get it done. By trade, I create departments, and business areas from scratch and I close projects that are in an undesirable state. I tell it straight and do the right thing. And I either make or save the company major money in the process. I have a unique mix of Technology, Operations, Finance and Project Management education and skills. I pull large data sets from disparate systems and integrate many unrelated ideas to create an optimal solution. I am a master of data proliferation, governance, quality, and extraction.  For issues ranging from Big Data to Blockchain, I’ll get in the trenches for you and get dirty. I’ll admit that I am attracted to all things shiny. More importantly I can operationalize your business so your shiny things gain value. No glamor or glory with me. I’m just a guy who gets the job done no matter how ugly it looks because it’s the right thing to do. Call me.

Make a difference in a tough and crowded market: A future in the oil and gas industry